Meetings have earned quite the reputation as a time suck, and it’s no wonder. Most people tend to default to scheduling meetings for one purpose: to share information. Sometimes this is essential – meetings can align teams and move work forward through gathering attendees to come to a decision, brainstorm new ideas, or workshop a solution to a problem. 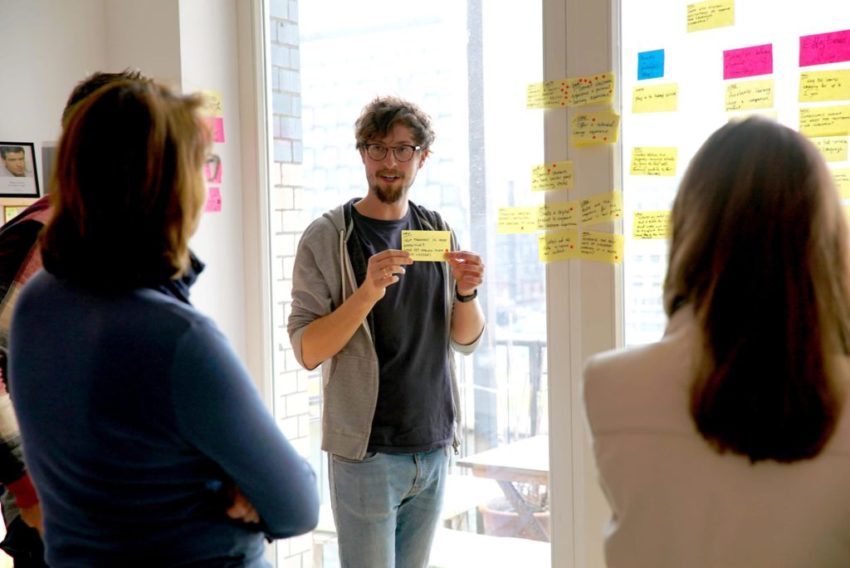 Tips for Running the Most Effective Meetings of Your Life

Chances are, if you’ve experienced unproductive meetings first-hand, you’ve already done your fair bit of research and have found some advice on improving your meetings. Things like creating a better agenda, starting and ending on time, or checking whether the meeting content could be summarized in an email…

And while all of these tips are valid, if you’ve tried them, you likely realized that they’re not hugely effective. Sure, taking a critical look at your meetings and suspending some of them freed up your time, but the remaining meetings still suck, no matter how elaborate or cool your agenda is. That’s because these tips are a band-aid fix for the symptoms of a much bigger underlying problem.

The main reason meetings are such a drag is because their whole essence goes against the grain of how humans function and process information. Without a set of tools and processes in place, every meeting follows more or less the same pattern. 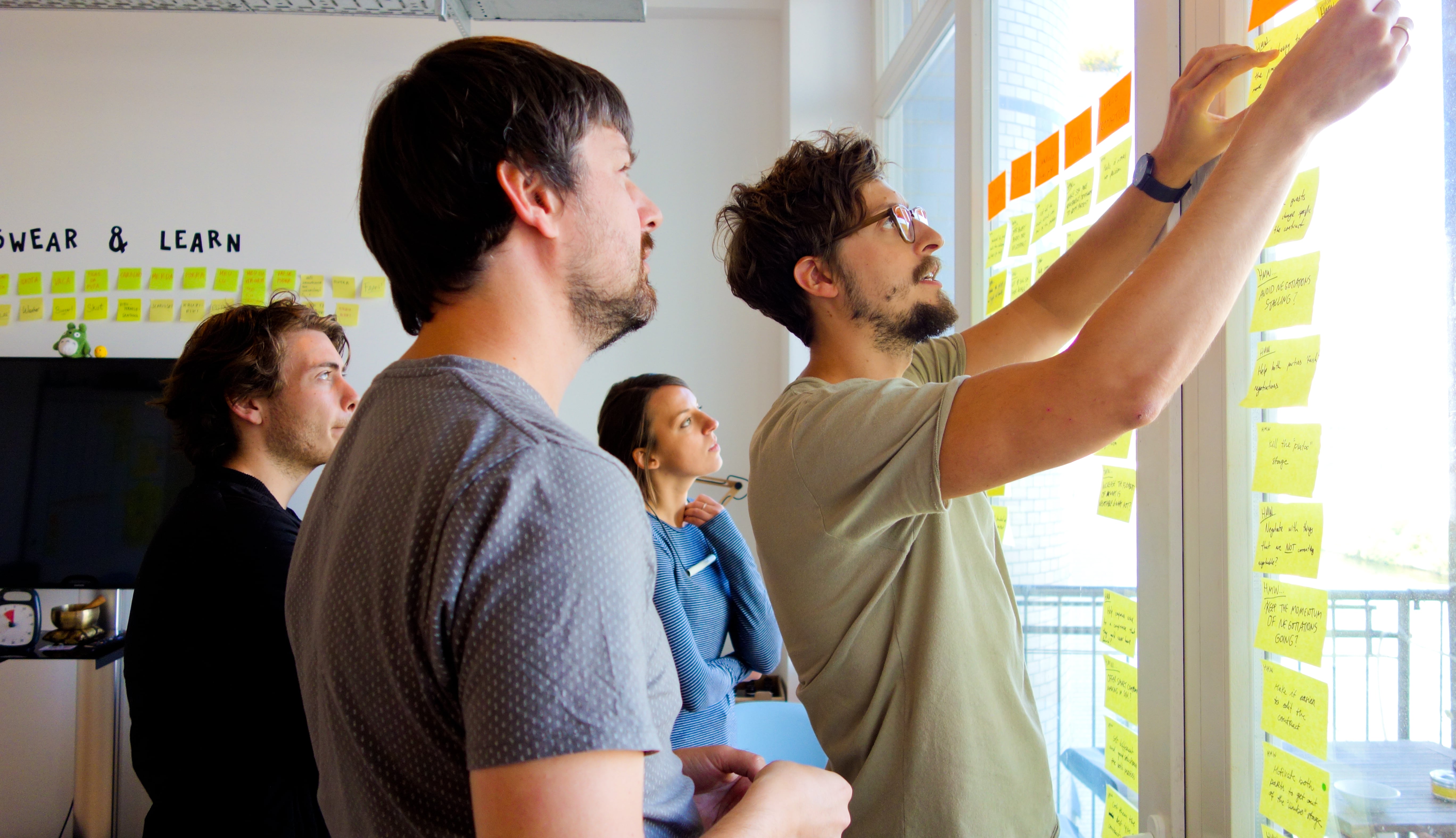 ‍
The introverts and juniors in the room don’t feel comfortable speaking up, even if they think they might have the right solution. The loudest, most extroverted, or the most senior team members dominate the conversation. Groupthink takes over, and team members don’t feel free to share their ideas. The conversation goes off-topic, and the team loses the focus of the initial challenge. Everyone understands the job to be done differently. No tangible outcomes are produced, and yet another meeting is scheduled.

Meetings like this are deadly to productive, meaningful work, not only because they are boring to be in, but because they don’t fulfil their primary purpose: providing alignment for the team and clear next steps for a project.

So what is the solution to ineffective meetings?

By now, it’s pretty clear that cooking up a better agenda or a new note-taking system will not drastically improve your meeting because the underlying problems– information overload, groupthink, and navigating team politics–are not being solved. 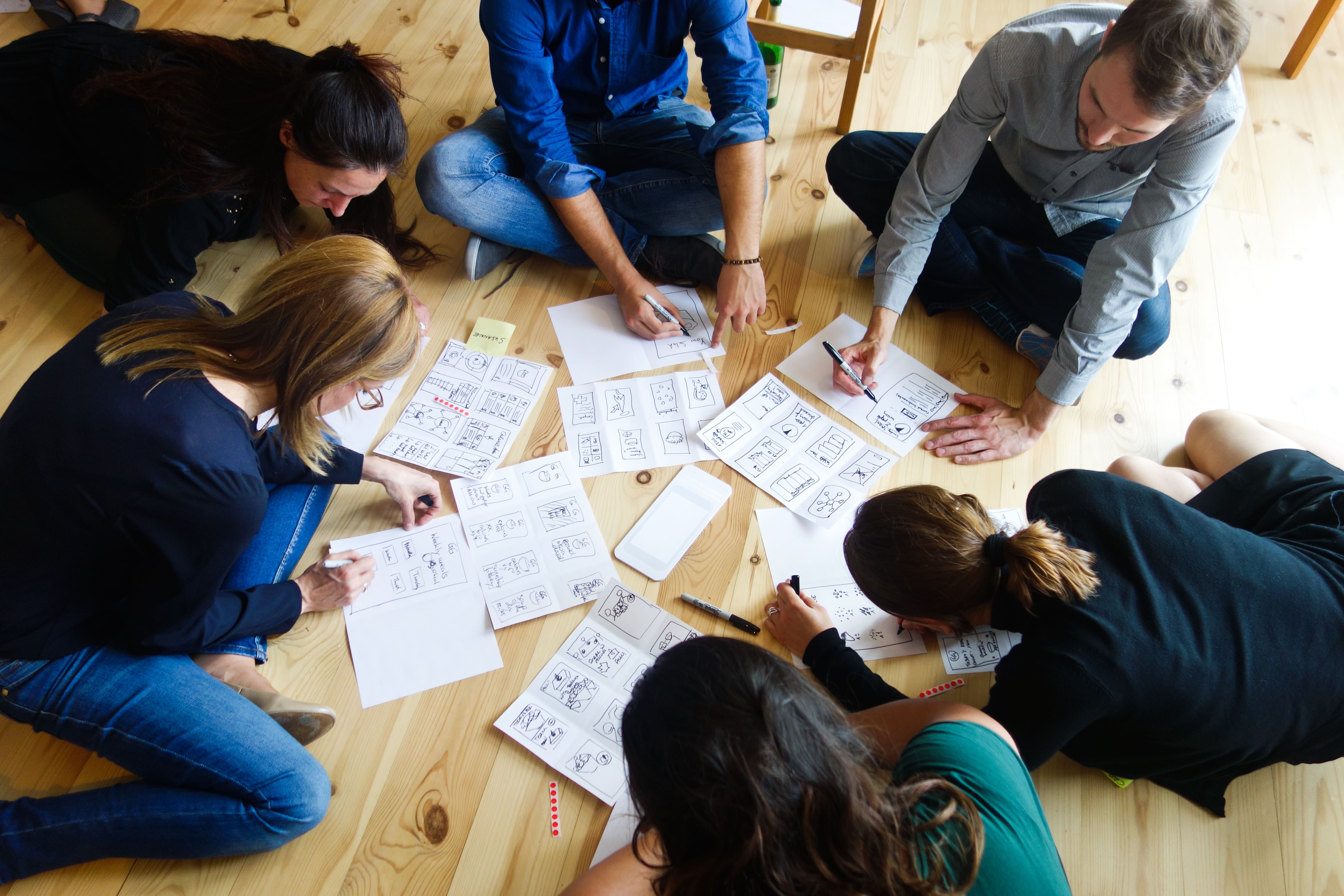 If you’re feeling especially motivated, give it a go and try to run a Lightning Decision Jam in place of your next meeting; a Problem Framer workshop for your next project kick-off; a 10 for 10 workshop instead of the conventional brainstorming session; or an Action Board workshop in place of the normal decision-making discussion.

Cautious about getting buy-in from your team or just want to take it slow in ease yourself into the workshop ways of working? Then start by incorporating some of the techniques that make workshops so effective into your next meeting. Trust us, that alone will make it 10 times more effective.

How to Run a More Effective Meeting

We’ve all been stuck in a bad meeting. You arrive on time only to have the meeting start 10 minutes late. The agenda? Unclear. The person in charge? Also. Some people start to offer ideas, others shoot them down. Nothing is really decided and the meeting wraps up, as you silently lament the lost hour. There is a better way. Over the course of speaking to more than 500 chief executives for my weekly Corner Office column, I have learned the rules to running an effective meeting. These tips and strategies can work for anyone, regardless of title.

It may seem like an obvious requirement, but a lot of meetings start with no clear sense of purpose. The meeting’s agenda can be summarized on a handout, written on a whiteboard or discussed explicitly at the outset, but everyone should know why they’ve gathered and what they’re supposed to be accomplishing. The agenda provides a compass for the conversation, so the meeting can get back on track if the discussion wanders off course.

“If I don’t have an agenda in front of me, I walk out,” said Annette Catino, chief executive of the QualCare Alliance Network. “Give me an agenda or else I’m not going to sit there, because if I don’t know why we’re in the meeting, and you don’t know why we’re there, then there’s no reason for a meeting. It’s very important to me to focus people and to keep them focused, and not just get in the room and talk about who won the Knicks game last night.”

Start on Time. End on Time.

Nothing can drain the energy from a room quite like waiting for the person in charge to show up. Why do so many in positions of power fall into the bad habit of being late for meetings? Is it just that they’re so busy? Or is there a small thrill in keeping everyone waiting for them, a reminder that their time is somehow more valuable than everyone else’s?

Time is money, of course, and all that sitting around and trying to guess when the boss may arrive is a waste of a precious resource. When establishing the informal rules of an organization, employees take their cues from the person in the corner office. If that person wants meetings to start on time, meetings will start on time.

Terry Lundgren, the chairman of Macy’s, has never hesitated to enforce a strict policy of on-time meetings. “If the meeting is at 8, you’re not here at 8:01, you’re here at 8, because the meeting’s going to start at 8,” he said. “Busy people that can’t get off the last phone call to get there, [need to] discipline themselves to be there on time.”J

Just as important as starting on time is ending on time. A definitive end time will help ensure that you accomplish what’s on your agenda and get people back to their work promptly. “I like to have an agenda that we think through,” Mr. Lundgren added, “and we say, ‘This meeting’s going to go for two hours,’ and we force ourselves to carve through the agenda.’”

End with an Action Plan

Leave the last few minutes of every meeting to discuss the next steps. This discussion should include deciding who is responsible for what, and what the deadlines are. Otherwise, all the time you spent on the meeting will be for naught.

“When you’re in sports, and the ball is thrown to you, then you’ve got the ball, and you’re now in control of what happens next,” she said. “You own it. It becomes a very visible concept for making sure that there’s actually ownership to make sure things get done.”

Mark Toro, managing partner of North American Properties – Atlanta, a real estate operating company, uses a phrase to end meetings that has become a common acronym in office e-mails: W.W.D.W.B.W., which stands for “Who will do what by when?”

“If somebody says during a meeting, ‘We’ve got to get this lease signed,’ everybody knows what the follow-up question is going to be. I type the acronym so often in emails — “W.W.D.W.B.W.” — that my phone just auto-fills it. So we’ve trained ourselves and each other, but we’re also trying to do it with people we work with. We developed a system where before we hang up the phone with somebody, we’ll say, ‘When do you think I can have that?’ We track people who deliver and those who don’t.”

More on Running a Meeting

How to Be Emotionally Intelligent

Leadership Means Learning to Look Behind the Mask

Give Everyone a Role

Ask yourself, “What is the role of the meeting participants?” The more clarity you can provide about what you want to get out of them, the better; people are more likely to contribute if they know what role they’re supposed to play. Is the point of the meeting to give out orders? To brainstorm? To discuss a plan of action?To help you clarify the type of meeting you are running, try one of the strategies from these leaders or use them as inspiration to develop one of your own:

Be clear whether your thoughts are an idea or a command. Dawn Lepore, the former chief of Drugstore.com, sometimes used this framework as lighthearted shorthand for the goal of her meetings: “People don’t always know if you mean something as just an idea, or you want them to go do it. A light bulb means this is just an idea I had, so think about it. A gun is, I want you to do this.”

Who gets to make the final decision on an issue? Sheila Lirio Marcelo, chief executive of Care.com, a company that helps people find caregivers, developed this system to signal who’s responsible:“Type 1 decisions are the decision-maker’s sole decision — dictatorial. Type 2: People can provide input, and then the person can still make the decision. Type 3: It’s consensus. It’s a great way to efficiently solve a problem.”

Not all decisions are made by consensus. One of a leader’s main responsibilities is to get as many opinions as possible on the table. But you have to be clear when you’re just soliciting input.Carl Bass, the former chief executive of Autodesk, said there is often a built-in tension in encouraging people to share their opinions, as it may lead them to believe a decision will come down to a democratic vote. Here’s how he addresses it up front:“We’re very clear at the beginning of every meeting whether it’s one person’s decision, or whether it’s more of a discussion to reach consensus,” he said. “I think it’s a really valuable thing to understand because otherwise people can feel frustrated that they gave out their opinions but they don’t understand the broader context for the final decision.”

How to Hire the Right Person

Learn the strategies that chief executives have developed through trial and error to help you go beyond the polished résumés, pre-screened references and scripted answers, to hire more creative and effective members for your team.